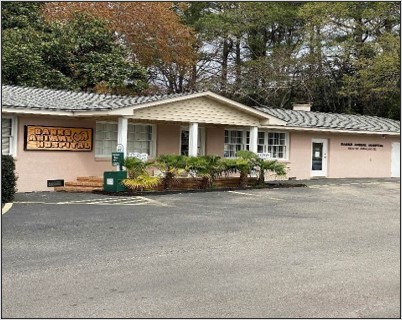 NEW LISTING!  SC:  Solo Dr. SA, Established since 1971.  Open 5.5 days a week by appointments.  Free standing building housing 2883SF with 2 exam rooms.  $925K revenues and growing.  A small-town feel with Big City Perks.  You’ll find plenty of things to do without the stressful feel of the popular cities.  Lexington County is known as one of the fastest growing areas in the state and region and as a leader in business and industry.  Convenient location and access to the largest body of water is Lake Murray and situated between the Broad River and Saluda River.  Columbia is the capital and the second largest city in South Carolina and is located approximately halfway between the Atlantic Ocean and the Blue Ridge Mountains.  Educational opportunities, cultural attraction, great neighborhoods, and jobs available in the university and government areas are abundant. Surrounded by major employers such as Prisma Health, BlueCross BlueShield of SC, University of South Carolina, United States Department of the Army, Shaw Industries, and AT&T to name a few.  Columbia Metropolitan Airport serving American Airlines, Delta, and United with non-stop arrivals and departures to major cities.  PRX & RE (SC10C)

Want More Information on This Practice?