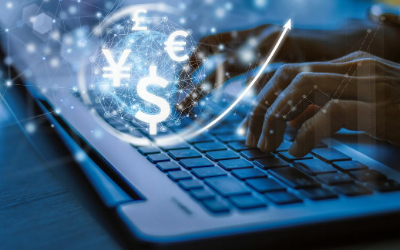 The first quarter of 2020 proved to be similar in most regards to the preceding quarters of 2019 marked by economic growth, low unemployment, and strong financial markets. That changed suddenly with a disease caused by a coronavirus, termed Covid-19, following its origin and then international spread from Wuhan, China. The international community issued a pandemic status to the outbreak and many countries proceeded to shut down businesses and schools sending their economy into a nose-dive seemingly overnight. The US Congress created emergency relief acts to provide money to both individuals and businesses alike, but like many acts written in congress there often is a catch or two that was either missed or purposely ignored. This time would be no different. In April of 2020, the IRS ruled that tax deductions for wages and rent paid with PPP loan funds would not be deemed a deductible expense. Although there have been attempts to change that so far, the Small Business Expense Protection Act of 2020, S.3612, has not been passed. In fact, there has been considerable pushback to date. Senate Republicans are urging the passing of the bill arguing the businesses actually paid an expense with the funds regardless of the source of the money, but not everyone agrees. In part, the issue is complicated by whether or not the PPP funds turn into a loan or are forgiven.

What does this mean for practice buyers and sellers? How does this affect practice valuations?

The first place to start is the financial statement of the practice. If a practice historically pays $200,000 a year in payroll and another $75,000 in annual rent but this year utilized PPP funds to pay $50,000 of the payroll and $20,000 of the rent, then we may have a problem. As the Paycheck Protection Program is currently constructed the practice will not be able to post the PPP fund amounts used for these as expense items, even though they paid expenses with those funds. Rather than seeing $200,000 in wage expense and $75,000 in rent expense on the financial statement, the end-of-year financials would show $150,000 and $55,000 respectively. But wait, didn’t the practice actually spend $70,000 more? Yes, and that’s the problem. This issue would cause the practice’s profitability to appear increased as the total expenses listed on the financial statement would not include $70,000 of PPP funds utilized to pay payroll and rent expenses, effectively making those two categories appear $70,000 less than reality. Seeking out all information about the receipt and use of PPP loans by a practice will be an important set of questions for buyers to ask. Without doing so, the profitability on paper might not match the true performance of the practice. Lenders also want to know about PPP funds used in a practice submitted for loan approval. So, sellers need to be prepared to provide detailed documentation on how much PPP funds were received, where they were utilized and how they were recorded on the financial statements.

For the appraiser, determining if PPP funds were received and used becomes an important variable. Supposing the $70,000 in the above example isn’t in the expenses total and as a result, the net income appears $70,000 higher than it real is. This could affect the appraised value if it’s not caught. Undiscovered, the profit of the practice is going to appear to be larger due to the missing $70,000 in expenses. For the purposes of this article, we’ll refer to the profit of the practice as the adjusted earnings. This is essentially the EBITDA (Earnings Before Interest, Taxes, Depreciation and Amortization) which is commonly used in practice valuations. EBITDA is not equivalent to the Net Income shown on financial statements (P&Ls) or the tax return. It’s important not to confuse the number listed on your tax return as Net Income with EBITDA, and neither number is likely to match up with your checkbook balance. All the reasons why go beyond the scope of this article but for this discussion we will focus on the adjusted earnings or EBITDA of the practice. Properly done, EBITDA is derived by removing or adjusting certain expenses of the practice to neutralize owner discretionary spending, tax-related expenses, and others like debt-related interest to name a few. One of the common ways to communicate about the value of the practice is to discuss the resulting dollar amount as a multiple of the EBITDA or earnings. When you hear the phrase “5 times earnings” that generally means the value of the practice is five times the amount of the EBITDA used in the calculation. The range of multiples paid for most practices by private buyers is 3 to 5. Corporate consolidators often pay substantially more money but are basing their price on a different set of factors than the private buyer. Namely, the practice’s ability to service the debt on the price paid always limits the highest price a private buyer can pay and successfully finance the purchase. Private buyer sales are usually transacted with a combination of buyer funds and loan proceeds. As a result, the practice needs to produce enough money in discretionary cash flow to service the debt and still pay the buyer a reasonable compensation amount. So, what happens if the wrong EBITDA is used in the valuation because PPP funds and their usage were not addressed? As a result of failing to address the issue, assuming the practice might appraise for 4 to 5 times earnings, the valuation number could swing $280,000 to $350,000 higher than it should. It becomes obvious that the buyer is at great risk of over-paying for a practice that subsequently can’t pay its loan payments. It’s critical that any PPP funds used by the practice being purchased have been properly disclosed to and accounted for by the appraiser to yield an accurate valuation.

2020 will clearly, pun intended, go down as a very unusual year. One that has brought changes to health and the economy, and one that had a microscopic little virus with the power to wreaked havoc on practice sales and appraisals as well. Sellers, buyers, and appraisers beware. It will be necessary to take a closer look at Paycheck Protection Program loans for any given practice being bought and sold or appraised, at least until the IRS changes its ruling on the deductibility of PPP funds as a business expense.

About the Author:
Byron Farquer, DVM, CVA is a graduate of Colorado State University, previous multi-veterinarian practice owner licensed in four states, a published author and international speaker on practice valuation and ownership transitions. He currently serves as lead appraisal analyst at Simmons & Associates Pacific, Inc. based in California and vice president of Simmons & Associates, Southwest, Inc. based in Nevada. Both offices are regional affiliates of Simmons & Associates, Inc., the nation’s oldest and largest veterinary appraisal and brokerage firm. Collectively Dr. Farquer has valued over 850 practices and consulted on more than two hundred ownership transitions over the past 20 years.

Share:
"Thank you so much for your wise assistance, direction, and ability to keep the peace and calm. You are very appreciated. We are fortunate that you were available to help. Great job."
Dr. Edmonds

"If we had to do it over again, there is no doubt in my mind we would contract with Simmons & Associates. We would highly recommend them to anyone."
Diane WysockiWife of Practice Owner

"We got top dollar for our practice and they actually upped the final offers on the second round final offers. We are talking about generational money! I would have probably taken less than half of that and been ignorantly happy. Thank you, Stacy and David!"
David DolanDVM

“I attempted to sell this practice without the assistance of a broker without success. Dr. King assimilated a group of individuals that provided the expertise to maintain the momentum in order to market and sell my practice and real estate in 6 months. It was a very positive experience.”
Mary Sue McGovernDVM

“We want to sincerely thank you for all your help and hard work in the sale of our practice. I really believe it couldn’t have happened without you. We have been working side-by-side with (the new owner) for these past few weeks and believe he was the perfect fit. We appreciate everything.”
John DavisDVM